Qatar Will Host the "Fan Cup" During the World Cup 2022

Fans of football can now compete in Qatar's fan football tournament to show off their talents.

A statement from the Qatari government confirmed intentions to host a five-a-side match for spectators during the FIFA Fan Festival in Al Bidda Park.

The game, which will be organized in a style comparable to the World Cup, will offer fans of the 32 qualified teams the chance to participate. Read More: A Brief Overview to Qatar’s Language and Culture

As long as they are citizens of the teams they want to represent, participants over the age of 18 are welcome to compete from November 29 through December 2.

The victorious team that advances past the group games and knockout stages will be declared the winner.

23 goals were scored in Week 6 of the Qatar Stars League.

"The success of the first FIFA Globe Cup in the Middle East and the Arab world is largely due to the support of the fans. We are excited to host this competition because we think it will foster an exciting atmosphere and bring together soccer lovers from all over the world who share a love for the game, according to Al Nuaimi. 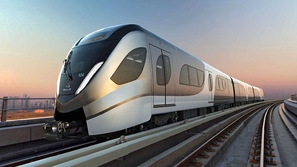 Read More: What You Should Know About Doha Metro

Anyone can apply. However, it should be emphasized that no one will pay for applicants' expenditures because they will be charged.

The first-ever fan festival in Qatar

Thousands of supporters attending the international sporting event will be accommodated at Qatar's Al Bidda Park for the 2022 World Cup.

The event will make its debut as a "reimagined" FIFA Fan Festival and will feature music and cultures from many regions.

In contrast to the World Cup, the FIFA Fan Festival will feature digitalized football games and the presence of FIFA Legends.

FIFA President Gianni Infantino stated, "We are happy to offer a new vision for the entertainment experience around future FIFA World Cup activities to support our aim to make football truly global, accessible, and inclusive. 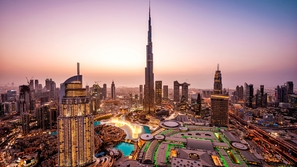 The first Middle East World Cup will begin in less than 70 days and will draw millions of spectators from all around the world.

The FIFA World Cup in Qatar this year has already sold more than 2.45 million tickets.

During the most recent sales period in July and August, more than 500,000 tickets were purchased. Over-the-counter sales in Qatar will commence soon, and the next sales period will start at the end of September.

The event will be staged in the Middle East and Arab world for the first time, and anticipation is strong throughout the area. The tournament's smallest edition in modern history will be held in Qatar. With the largest distance between venues being only 75 kilometers, spectators, athletes, and officials will always be close to the action.